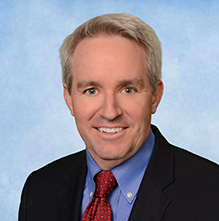 With 30 years of financial and management experience, Chalmers will work closely with Fidelity BSG leadership to help the organization build a leading, national Service and Contracting company in the Integrated Technical Building Services space. As CFO, Chalmers will lead the organization’s Finance and Information Technology functions to support strategies and objectives that meet the company’s financial goals.

"This new decade is also a new time for Fidelity Building Services Group, as 2020 begins our first full year as a newly rebranded organization, and we are excited to have Bruce Chalmers work alongside the rest of the Fidelity BSG leadership team as we venture into this new era," says Dave Lanphar, CEO of Fidelity Building Services Group. "Bruce's years of financial and management experience seamlessly fall in line with our visions and values, and we look forward to his leadership and contributions."

Chalmers' decades of experience in the financial sector include executive CFO leadership positions in both publicly traded and private equity-owned companies, as well as in the M&A consulting and financial audit professional services industries.  Prior to joining Fidelity BSG, Chalmers served as CFO of Milacron —a $1.2 billion global industrial manufacturing company with major operations in the United States, Europe, India and China —where he worked closely with its executive team to successfully complete its IPO in 2015. Milacron was a portfolio company of CCMP Capital.

Chalmers’ extensive M&A experience includes serving as a Managing Director in the M&A practice at PriceWaterhouseCoopers (PwC), which served both private equity and corporate clients.  He gained his initial financial executive and M&A experience as Director of Corporate Development for Millennium Chemicals, where he led the integration for a large industrial acquisition in Europe, staying on as a member of the post-acquisition management team.

Fidelity Building Services Group (Fidelity BSG) was founded in 1945 as a full-service Mechanical Engineering, Contracting, and Service company that introduced air conditioning, refrigeration, and process cooling to a new marketplace. The advent of air conditioning went on to revolutionize the entire building industry and Fidelity BSG has been on the leading edge ever since. Today, our geographic footprint has grown beyond the Mid-Atlantic, extending south through several Gulf States. With over 1,000 team members, 75 years of experience, and an intense focus on delivering Proactive, World-Class Service, Fidelity is established as a premier provider of high-performance building solutions.

Fidelity BSG’s product and service offerings include Emergency Generators/Power Systems, Building Mechanical/HVAC Systems, Building Automation & Controls, and Systems Integration. Our core markets are commercial, industrial, and institutional facilities. Our leaders are some of the most highly regarded individuals in the construction, service, and engineering communities. Collectively, we share a commitment to advancing the cause of building energy efficiencies, sustainable energy solutions, and service excellence.