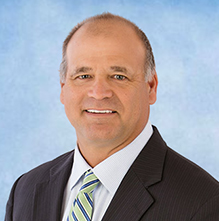 Mike Clark is President of United Mechanical, a leading mechanical services and contracting company based in Fort Myers, Florida. Mike took over as President in 1999 when he assumed the role from his brother, Harvey Clark, who started the business in 1987. Through an organic approach, Mike helped grow United Mechanical’s revenue substantially by expanding its service line offerings, including the addition of a Service Department to include both residential and commercial clients and a Plumbing Department to support critical care facilities, such as hospitals. Mike also expanded United Mechanical’s geographical reach to include the Tampa market all the way south to Key West.

Through this approach to organic growth, Mike and his leadership team reinforced its focus on customer service by implementing technologies that better organize the business and, in turn, respond to client needs more efficiently. Today, United Mechanical is considered to be the leading mechanical contracting company that offers commercial HVAC, electrical, plumbing services and more throughout Southwest Florida.

As President of United Mechanical, Mike oversees a valued team of 145 members and focuses his efforts on building long-term, trusting relationships with United Mechanical’s clients. Mike also works with his Team Members to promote a culture of empowerment, positivity and success.

Mike is a proud graduate of Clemson University where he earned a Bachelor of Science degree in Business Management.