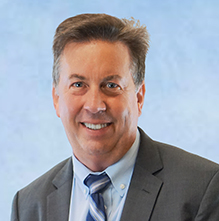 In 2020, Smart Building Technologies joined the Fidelity BSG national portfolio of companies, a partnership that builds on Paul’s vision for the organization to continue serving as the leader in building automation services throughout the Mid-Atlantic. Paul brings to his leadership role at Fidelity BSG over three decades of experience in building automation. His entrepreneurial vision is credited with helping companies achieve national and international growth.

Over the course of Paul’s career, he has served in numerous senior leadership/ownership roles, charged with facilitating company growth while advancing the market in the latest in emerging BAS technologies. Paul’s entrepreneurial vision has not only fueled company growth both nationally and internationally, but it has also driven industry-leading advances. These advances include co-development and/or early adaptation of the following systems:

In 2020, SmartBT joined the Fidelity BSG national portfolio of companies, a partnership that builds on Paul’s vision for SmartBT to continue serving as the leader in building automation services throughout the Mid-Atlantic.

Paul attended Meramec College in St. Louis, Missouri and University of Maryland University College. Throughout his career, Paul has stayed current with the latest systems and technologies, attending numerous continuing education classes within the industry and maintaining his expertise in the most recent products and services. Recognized in the industry for his accomplishments, Paul has been included in various advisory positions, consulting for OEM, Software Solutions, and peripheral companies alike.

Niagara Framework® is a registered trademark of Tridium, Inc.