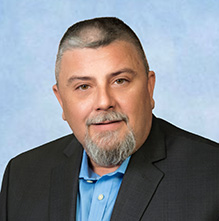 Philip joined HVAC Concepts in 2006 and became partner in 2008. During his tenure, he has been instrumental in expanding the organization’s business and customer base which has resulted in significant growth in all sectors of the organization. Through his leadership, expertise and vision, Phil helped grow HVAC Concepts from a $3 million a year company to generating $15 million a year. Additionally, the team-member base has grown from 20 Team Members in 2006 to just over 70 today. Most importantly, because of his strong customers relationships, Phil helped grow the organization’s geographical footprint and now services customers who have locations all along the East Coast, including Boston and parts of Florida.

Today, as Vice President and Partner of HVAC Concepts, Phil oversees the organization’s sales force and ensures proper design of equipment to meet customers’ needs. Because of his background in writing/designing of building automation programs, Phil’s extensive knowledge of the industry has made him a trusted voice among HVAC Concepts’ clients. He understands not only the particulars of the industry but also the intricacies of HVAC Concepts, as he first started as a Monitoring Center Supervisor and then moved into sales.