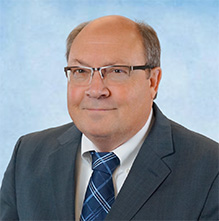 Frank White, an industry veteran with more than three decades of experience in HVAC Mechanical Contracting, has led the Metro Mechanical team as President since its founding in 1994. Since that time, his focus has been on growing the business through the development of a solid management team, personal client contact and project quality.

This growth included extending Metro Mechanical’s service line offerings and by 1998, the organization was providing full mechanical contracting services that included design/build capabilities. This visionary approach led to exceptional growth and over the last 10 years, Metro Mechanical experienced a 250% increase in sales.

In addition to serving as President of Metro Mechanical, Frank was also very active with Associated Builders and Contractors (ABC) Mississippi, serving on its local chapter board for five years. In his final year, he served as the President of the Board and in 2019, was named “Construction Industry Person of the Year.” In addition, Frank was actively involved in the ABC’s workforce leadership team, promoting the recruitment of young people into building trades.

Frank holds many industry certifications, including mechanical licenses in 10 states. In addition to his HVAC expertise, Frank is a proud veteran and served four years in the United States Air Force.