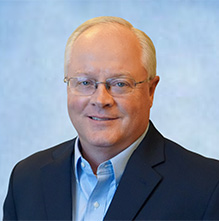 Jeff Shepherd is the Vice President of Commercial Service at H.E. Neumann Company (H.E. Neumann Co.). His duties include overseeing the growth and operations of the organization’s four Service divisions in Charleston, Morgantown, and Wheeling, West Virginia, and in Pittsburgh, Pennsylvania. This includes responsibility for customer satisfaction and retention, as well as company divisions, including Operations, Dispatching, and Business Development.

Jeff joined H.E. Neumann Co. in 1998 as a Maintenance Sales Representative, and in 2001, he was promoted to Sales Manager. In 2004, Jeff became General Manager and was promoted to Vice President of Commercial Service in 2019.

In 1999, Jeff earned the Linc® Service “Rookie of the Year” Award. He is also the recipient of the Linc® Diamond Sales Award and a two-time Linc® Sales Manager of the Year Award winner. In 2015, while serving as General Manager of H.E. Neumann, Co., the organization was one of only three companies in the Linc® network to earn the Achieving Contractor Excellence Award.

Jeff attended Mount Union College in Alliance, Ohio, where he graduated with a Bachelor of Arts degree in Business Administration, with a concentration in Management and Marketing and a minor in Economics. He also holds industry certifications, including the Linc® Service Professional General Manager Training and the Linc® Service Professional Leadership Training certificates.