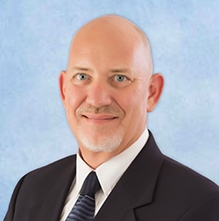 Don Pine, LEED AP, is the President of United Mechanical. He is responsible for all aspects of the company’s Business Development, Service, and Construction operations and oversees the Financial, Marketing, and Safety departments. Don also participates in contract negotiations and ensures effective client communication so that customers receive consistent, exceptional service. In addition to his role at United Mechanical, Don is also a Partner at Fidelity Building Services Group (Fidelity BSG).

Don joined United Mechanical in 1998 and most recently served as Vice President. He was responsible for overseeing the Engineering, Business Development, Services, Construction, and Marketing departments, as well as initiating policies and procedures that led to increased efficiency.

Don has spent his entire career in Mechanical Contracting, where his expertise in Engineering and Mechanical Design helped pave the way for his role as President of United Mechanical. His professional journey includes being a member of and serving the American Society of Heating Refrigeration and Air Conditioning Engineers Inc. (ASHRAE), one of the industry’s most prestigious and recognized organizations. From 2000 – 2001, Don was the ASHRAE Florida West Coast Chapter President and, from 2001 – 2002, served as the ASHRAE Regional Vice Chair of Technical, Energy, and Government Activities. Under Don’s leadership, the ASHRAE Florida West Coast chapter was presented with the J. Wesley Floreth Best Chapter Award. That same year, Don was awarded the ASHRAE Professional Award of Excellence and, in 2006, was given the ASHRAE Chapter Service Award. Don has also been a member of the Florida Healthcare Engineering Association (FHEA) since 2000.

Don’s charitable work includes serving on the boards of Child Care of Southwest Florida, a nonprofit organization dedicated to helping local families, and Salus Care of SW Florida, a comprehensive provider of behavioral healthcare services. Don was also the Founding President and CEO of the Bryce Burke Foundation, an organization which spread awareness about addiction and recovery and provided sober transitional housing services.