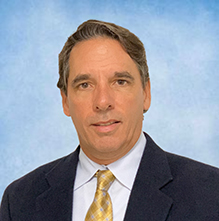 In 2019, Shaun became President of the Southeast Region when Star Service joined Fidelity Building Services Group®. In his role as President of the Southeast Region, a portfolio of operating companies that report directly to him, Shaun considers himself to be a very “hands-on” executive who works closely with his management team to ensure that the missions, visions and values of Star Service, Inc. are met. Shaun also communicates regularly with all of his Team Members, customers, vendors and strategic partners in the industry.

Shaun joined Star Service in January 2000 as President/Partner of the Gulf Coast Region and helped the organization achieve record growth while maintaining an impeccable safety record, as well as a high level of customer satisfaction and business retention.

Prior to joining Star Service, Shaun was a “turnaround specialist” working with underperforming business units with such high-profile companies as John Deere & Company, Humana Hospital Corp. and The AmBel Corporation.

Shaun has served on numerous advisory boards over the years and is currently a board member of Steelwood Golf, Gun & Fishing Club.

A native of Louisiana, Shaun earned a Bachelor of Science degree in Accounting from Louisiana State University, as well as his MBA in Marketing/Management.