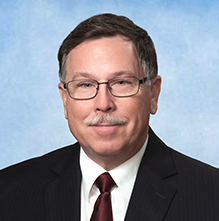 In 2019, Bob became President of the Southwest Region when Star Service joined Fidelity Building Services Group®. In his role as President of the Southwest Region, a portfolio of operating companies that report directly to him, Bob is responsible for the continued development and expansion of the organization and for maintaining its excellent reputation for quality, value and safety while creating a positive work environment for its talented staff. Bob joined the Star Service family in 1997 after he was fortunate to meet Mike and Robert Miller, whose father founded Star Service, Inc. in 1952 in Baton Rouge, LA. Bob wanted to be a part of an organization that has and continues to have an excellent reputation as a Mechanical Service Company, as well as a business that cares deeply for its Team Members and families.

Bob served as an integral part of the growth and vision for Star Service New Orleans market and shared equal ownership in the business. For the next 22 years, under Bob’s leadership as President, the organization grew and expanded from New Orleans, through the Golden Triangle of Texas to Houston. It became one of the largest, most respected Mechanical Service Companies in the Gulf South providing 24/7/365 service to refineries, chemical plants and nuclear plants in some of the harshest, hottest and most demanding environments in the country, while maintaining an unparalleled safety record. The business grew more diverse over the years to include public school systems, entertainment venues, healthcare and all types of commercial and government facilities. In 2019, Star Service expanded its capabilities further when it became part of Fidelity Building Services Group.

Before joining Star Service, Bob received his Bachelor of Science degree in Mechanical Engineering from Marquette University and served six years as an Officer in the Air Force. Bob’s experience in the industry includes working as a Thermodynamics Engineer for Siemens Power Systems Group and as the Southern Area Manager for Energy Performance Contracting at Honeywell. He was responsible for the development of energy conservation measures that self-funded facility improvements through guaranteed energy savings. Energy Savings Performance Contracting practices have since been adopted by most States and the Federal Government. Most recently, Bob drafted new legislation for Performance Contracting in Louisiana that became law after passing overwhelmingly in the House and Senate.